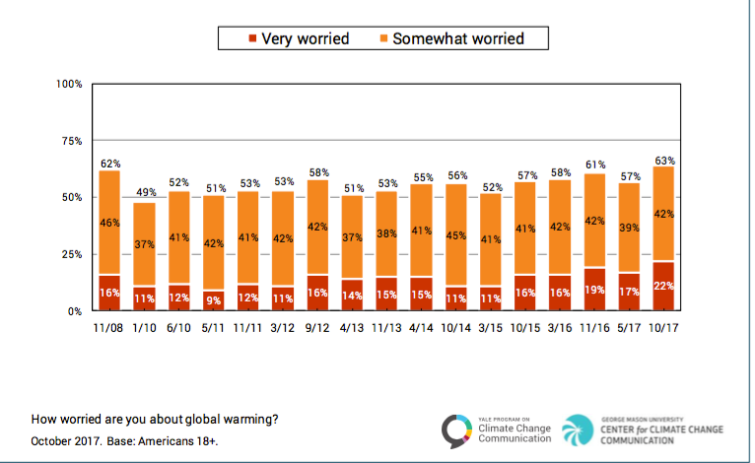 Also 42% say that climate change is harming people in the U.S. right now.

And a majority think that recent extreme weather has been made worse by climate change:

Its hard to ignore the facts when they are smacking you right in the face and for many Americans they are seeing the influence of climate change currently.  Now if only our political system would catch up . . .